The California Rifle & Pistol Association (CRPA), founded in 1875, is a nonprofit membership and donor supported organization with tens of thousands of members throughout California. We need you!

CRPA’s membership is comprised of a diverse cross-section of the general public including believers in the right to choose to own a gun to defend yourself and your family, competitive and recreational shooters, hunters, conservationists, gun safety experts, youth, women, police, prosecutors and defense attorneys, judges, firearm history and technology experts, coaches and trainers, families, and loving parents.

CRPA works tirelessly and relentlessly to defend the civil and constitutional rights of individuals to choose to responsibly own and use firearms. Every dollar that CRPA receives from its members and donors stays and works in California to support your hunting and Second Amendment rights and the fight back against politicians, elitists, and bureaucrats who would deprive individuals of those rights.

Through its Sacramento and local legal and political advocates, CRPA works in the state capital, in regulatory agencies, and in city halls throughout California to promote laws that protect these rights, and to oppose laws that infringe on these rights.

Through its legal team, CRPA fights in the courts to challenge unconstitutional and illegal gun bans and ill-conceived gun control laws, and provides guidance to California gun owners regarding their legal rights and responsibilities.

CRPA works to preserve the traditional and historic role of the individual citizen to hunt and to conserve and preserve California’s natural resources.

CRPA organizes and sanctions competitive shooting matches for both adult and junior shooters, including Olympic training programs and state championships. CRPA sanctions state championship matches in many shooting disciplines. CRPA is proud to say that many CRPA competitors are among the best in the world.

Many of CRPA’s efforts are funded through grants from the CRPA’s sister organization, The CRPA Foundation (CRPAF). CRPAF is a 501(c)(3) organization, so contributions to the CRPAF are tax deductible.

■Your right to defend yourself and your family 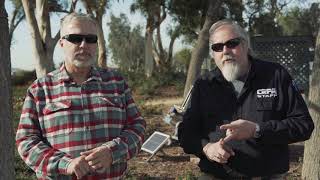 Thank you for being our local heroes!